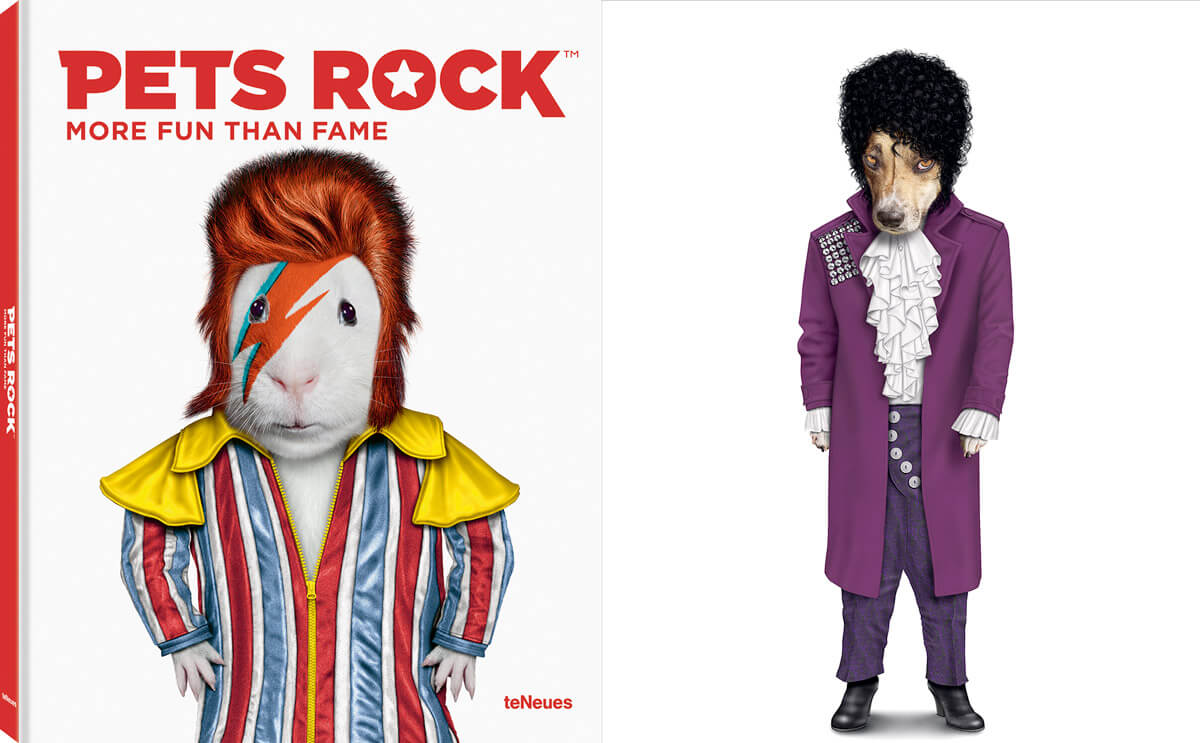 Guinea Plays Guitar is on the front cover of  the latest Pets Rock book to be published by teNeues in 2020. The artworks blend comic-con and the global celebrity phenomenon with our fascination with anthropomorphising pets. Blurring the line between animals and humans. In the Pets Rock world, animal antics meld with human hubris, where nothing is too serious and where no one is quite what they seem.

After two best-selling editions of the Pets Rock franchise, this new volume presents the latest portraits from the Pets Rock cosmos, all of which are created by photographing the animals in their familiar environment. In the species-appropriate post production, the models are digitally transformed into hip-hop greats, film divas, and historic personalities. We meet a guinea pig, who becomes a Roman Emperor, a cat in a movie star pose, and an astronaut dog en route to the first moon landing.